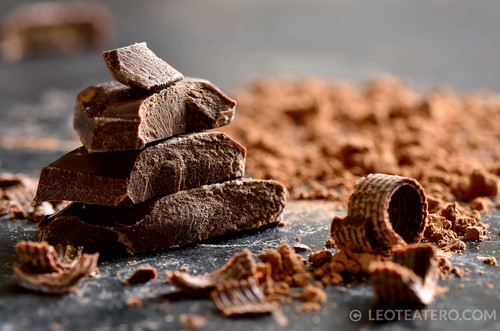 Chocolate remains incredibly popular in France where the average person eats 7kg each year and chocolatiers in France are a highly trained and valued profession. The world’s oldest person, French citizen Jeanne Louise Calment, lived to the age of 122 and proudly ate two and a half pounds of dark chocolate per week.  In Paris, you can even tour the museum dedicated to chocolate (Musée du Chocolat), attend the very popular Salon du Chocolat or even have a chocolate massage at Le Spa dans le Noir.  Chocolate has a big history in France, but it has been around much longer than our modern times.

Chocolate has been around for at least 3000 years and was an important beverage to the Olmecs, Mayans and Aztecs peoples of America.   It was then brought back to Spain by Christopher Columbus and presented to the King but it did not become popular, even though it was already being used as a currency in the Americas.  Twenty years later, Spanish conquistador Hernando Cortez brought back three chests full of cacao beans. This time the beans were recognized as one treasure among the many stolen from the conquered Aztecs.

The cacao tree is a native of Central and South America. Today, it is cultivated around the equator, and can be found in the Caribbean, Africa, South-East Asia, and even in the South Pacific Islands of Samoa and New Guinea.

It is the black and purplish seeds of the fruit of the cacao tree, which have been carefully fermented, dried, cleaned, roasted and processed into something edible.  It is then heated and made into chocolate liquor.  Once cooled it develops into cacao solids and cacao butter.   Baking chocolate contains both the solids and the butter without any sugar.  While sweet chocolate has the same but with added oil and sugar.  Milk chocolate has all of these ingredients as well powdered or liquid milk.  And finally white chocolate contains cocoa butter, milk and sugar, but no cacao solids.

Chocolate first came to France in 1615, in the form of a gift to the 14-year-old King Louis XIII from his betrothed, 14-year-old Anne of Austria. Chocolate in those days was only for the nobility and the bourgeoisie (the rich). It was pricey, exotic and was considered an aphrodisiac and almost a recreational drug thanks to its soothing nature and the mild stimulatory kick.  Anne of Austria certainly started a trend – the Kings and Queens of France enjoyed a cup of hot chocolate and appointed their favourite chocolatiers to create for them. At Versailles, the delicacy became a customary delight. Louis XV was considered the greatest lover of the cocoa-based drink and would himself prepare his own hot chocolate in the kitchens of his private apartments.

In the early days it was taken in liquid form and the French confectioners would mix the cocoa bean paste with water or milk and add flavourings like chili, all spice, cloves and vanilla.  A modern day version of this recipe is called the CHAMPURRADO.

The contemporary chocolate industry in France owes much of its beginnings to the Jewish community who had fled to Bayonne from Portugal in the early part of the 16th century to escape persecution from the Spanish Inquisition. The first chocolate factories were established in Bayonne and the local residents quickly learned the arts of chocolate making.   Their work eventually spread across France.

As cacao became more commonly available, people began experimenting with new ways of using it. Chocolate began to appear in cakes, pastries, and sorbets.  But it wasn’t until 1828 that the “modern era” of chocolate making and production began.   Over the next 50 years four important inventions or changes were made to chocolate.

In 1828, Dutch chocolate maker Conrad J. van Houten patented an inexpensive method for pressing the fat from roasted cacao beans.  The final product, Dutch chocolate, has a dark color and a mild taste.  The introduction of cocoa powder not only made creating chocolate drinks much easier, but also made it possible to combine chocolate with sugar and then remix it with cocoa butter to create a solid.

Today, the Swiss are famous for their chocolate, and rightly so. In the late 19th century, they developed a number of processes that contributed greatly to creating the solid chocolate candy that we all enjoy today. Two major developments occurred in 1879. First, Daniel Peter, a Swiss chocolate manufacturer, had the idea of using powdered milk (invented by Swiss Chemist Henri Nestle in 1867) to make a new kind of chocolate, milk chocolate. Second, Rudolphe Lindt invented a process called “conching,” which greatly improved the quality of chocolate candy by making it blend easily.

One of the most pleasant effects of eating chocolate is the “good feeling” that many people experience after indulging. Chocolate contains more than 300 known chemicals. Caffeine is the most well known of these chemical ingredients, and while it’s present in chocolate, it can only be found in small quantities. Theobromine, a weak stimulant, is also present, in slightly higher amounts. The combination of these two chemicals (and possibly others) may provide the “lift” that chocolate eaters experience.

Soon simple chocolate confectioneries started to become a more accessible culinary delight. In the early twentieth Century chocolate shops were common in towns and cities and it became customary for people to give chocolate, which was still quite expensive, as a gift. It is the same to this very day and chocolate gifts for birthdays, Christmas and as a dinner party offering are traditional and much loved.

I cannot talk about chocolate without mention the horrific real life history of chocolate and its relationship with colonialism, which involved the subjugation of people of colour and aboriginals.  In fact, in the 600 years since Columbus it has not changed much at all.  Over 60% of the worlds production of chocolate comes from the Ivory Coast.  In a situation where around 2 million children are enslaved in it’s production.  The large corporations like Nestle and Mars like to say that they build schools and homes to house and educate these people but the reality is that they are support slavery and are selling a slave-made product.

The best way to combat this is to ensure that you only buy properly sourced chocolates.   The fact is that most chocolate grown outside of West Africa is a responsibly sourced product.  You can find a complete list of responsible companies at Slave Free Chocolate.

So, like Champagne don’t fall for the huge marketing campaigns of large international corporations, like Nestle, Mars.  Shopping locally in actual chocolate stores can ensure your conscience is clear, while still enjoying your favourite treat.  Ask the owner where their chocolate comes from and spend your money wisely.  Remember this the next time you are in line at the local store and think about buying a chocolate bar.

← Brunching in MontpellierMy House of Flowers →