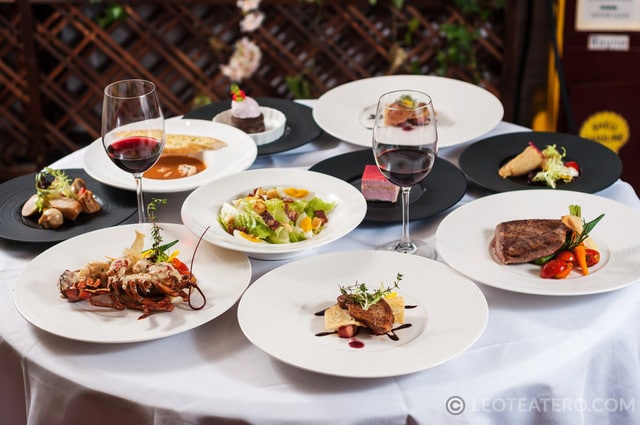 French cuisine is considered to be the backbone of cooking for many in the Western Hemisphere.   The French eat seasonal, locally sourced food and rely heavily on the terroir (the land) as I’ve talked about in my previous blogs on charcuteries, cheese and wine.  French food has also developed extensively over the past 500 years, in part due to Italian cuisine.  Many French chefs are held in high regard for their contribution to community and culture and even idolized in some places, like those with Michelin stars (des étoiles Michelin).

In French households, they will cook and prepare some regional dishes but will also know a few of the other region’s classics.   French food has always been considered simple and peasant-like and that is also its major charm.  It’s pure comfort food.  From stews and sauces to grilled meats; aged and cured meats and cheeses; seafood, all served with lots of wine and bread.  I was very lucky to have spent a year living with my belle-mere (mother-in-law) and she was delighted when I asked her to teach me her favourite recipes and those of my husband.  She could cook anything, very well, just like my English mother.  I learned how to cook my first whole fish with her, to make Gigot d’agneau à l’ail et au romarin, Gougères and Blanquette de veau.  I will give you some of my top French recipes later in the blog.

In the Middle Ages the ruling class held huge banquets with heavily seasoned food and meat, but even back then there were sauces and desserts, but mostly the food was served on the table all at once.  It was a true buffet banquet service, which is also my favourite style of dinners.  The poor, as there was no real middle class, ate mostly a bread diet, made from their Seigneur‘s Chateau bread ovens, with pork, chicken, mutton (if they had access to meat), vegetables from their own gardens, herbs too.  Pies were a common thing as it preserved food longer by coating the meat in a dough crust.

In the mid-fifteenth century, Catherine de Medici of Italy moved to France to marry the future King Henri II, bringing with her Florentine chefs and a sense of creative events and etiquette.   You may recall de Medici’s influence was not reserved for just cuisine, later she would go on to shape grand châteaux like Chenonceau and Fontainebleau.  French food later became a famous and had great influence on other cuisines in the 17th century, in part because of Louis XIV’s fascination and the appeal of Versailles.

France’s famous Haute cuisine (top level cuisine cooked exclusively by skilled chefs) began in the seventeenth century with chef François Pierre La Varenne.  Haute cuisine style is to serve small portions of food styled with flair.  In 1651, he published Cuisinier François, credited with as the first true French cookbook.  This was a radical idea as it meant that you could learn how to cook from a book and not by being an apprentice for decades.  He also introduced the idea of bouillon (stock), jus (juice reductions) and liaisons (thickeners like flour).  He also famously encouraged the use of ingredients according to the season, a hallmark of classic French cooking.

One also needs to credit Marie-Antoine Carême, famed chef to Napoleon Bonaparte for his influence on French Cuisine too.  The Revolution was integral to the expansion of French cuisine, because it abolished the guilds and associations of professionals.  This was a game-changer in French cuisine as it meant that any one chef could now produce and sell any culinary item they wished, instead of only those they created.  Up until this point one could only sell their own creations.  If you didn’t own the recipe you could not sell the food.   The basis for Carême’s style of cooking came from his sauces, which he named mother sauces.  Often referred to as fonds (foundations), these base sauces are:

They are the base for most every French sauce that exists today.    Not a bad claim to fame, n’est-ce pas?

How the French kitchen developed

In the coming years, French cuisine became almost magical in its beauty and innovation.  The twentieth century also brought about dramatic changes in French kitchens.  Georges Auguste Escoffier led the modernization of haute cuisine, and organized what would come to be regarded as the national cuisine of France.  He worked at many great hotels in Europe and America including the Savoy Hotel and the Carlton.  In his kitchen, he created a system of groups called the brigade system, which separated the professional kitchen into six separate stations. They are:

This system meant that instead of one person preparing a dish on their own, now multiple cooks would prepare each component for each dish.   It also meant great team work and precision.  It was the model of French food preparation for almost 100 years until food critics challenged it for being too inflexible in the 1970s.   As a result, many of the recipes were changed and the ingredient list reduced to focus on basic flavours, but the five stations still exist today in many top restaurants along with the style and beauty in its presentation.

One of the most influential books for dining out, Le Guide Michelin began in France, when the tire company started making road maps to encourage people to drive with their newly purchased automobile, and restaurants were the carrot.  It is a very serious rating here in France, the coveted Michelin star has created demi-Gods and ruined careers. A there are three stars as noted below in the image.

Another great book in French for learning to cook French cuisine is called “On va déguster La France”, produced by François-Rémi Gaudry and 100 other chefs.  This book, written in French (but available in English with the hilarious bad translation of “Let’s eat France”), is the modern encyclopedia to the history of French food and includes hundreds of recipes and the background on how certain foods were developed.  My favourite part of the book is the section on great recipes created by accident, which include tarte tatin, chocolate ganache icing and Kouign-amann, the most delicious Brittany pastry.

In North America, Julia Child, the well-known American writer and later CIA spy, brought French cooking to the American public.  She attended the prestigious Le Cordon Bleu in Paris in the 1950s.   Her masterpiece, “Mastering the Art of French Cooking” and her English television cooking show is considered by many to be the pinnacle of her culinary achievement and helped make classic French cuisine more well-known to American home cooks.   It is also where I started hearing about French food as a youngster.

Cooking French food might seem intimidating and impossible.  So many divine flavours and blends of tastes, but it is not.  Here are some of my easy to prepare French recipes, along with my instructions on how to make them.   Please note these are not my own recipes.  Most of these were given to me by my belle-mere. Simply click on the name in the picture and the recipe will open in a pdf format for easy printing.